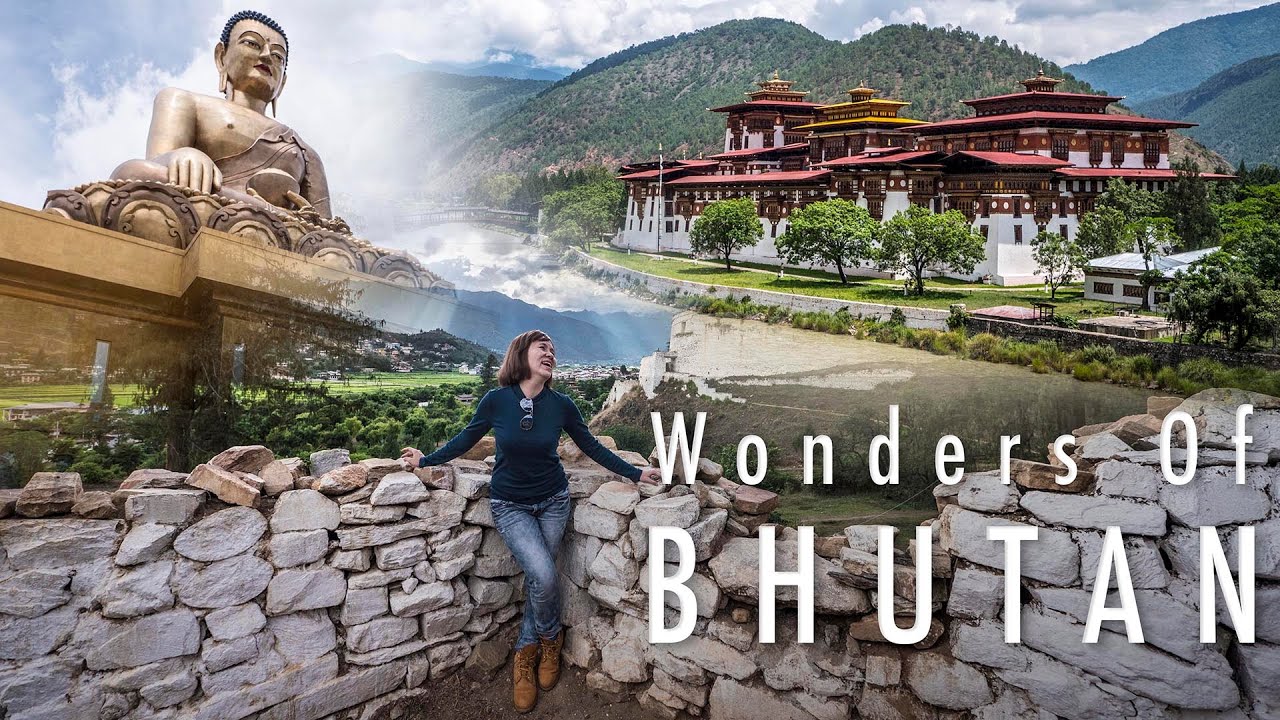 Ever came across a country on this planet trying to become carbon neutral/negative? What if I tell you that there is a small country on this planet which is Carbon Neutral and putting their all efforts to make it Carbon Negative? You might be wondering how any place in this world could become Carbon neutral/negative. May be your answer would be a big NO!. But I say Yes, A Country exists in this polluted world which is Carbon Neutral and that nation is none other than BHUTAN. We always browse internet searches and social medias for the new technology in the market. But ever thought of browsing about the stuff related to earth and how we are putting our efforts to deform it day by day? We are very happy that we are going forward in technology and science but in reality we are really lagging behind in saving our Earth and its precious treasures. We are spoiling everything what Earth has given to us. People now a days are more interested to take a selfie when they visit nature rather than enjoying its beauty. They are no more interested in greenery or leaves or animal sanctuaries other than electronic gadgets.

But Bhutan has a different view on this nature and they see this world in a different way. I heard a speech of Bhutan’s Prime Minister “Tshering Tobgay” and it has really inspired me to write this article to night.

People wear a outfit called “Gho” with pretty different colours and this is their national dress. The way they dress make them unique from other nations and not only that but to remain Carbon Neutral also make them unique from others. Bhutan is a small country in Himalayas and called as “Shangri-La”. Populated with 7,00,000 people sandwiched between two most populated countries in the world India and China. Being an underdeveloped country, they are thriving to survive and the kings of this country are so good that they worked tirelessly to maintain the economic growth, social development, environmental sustainability and cultural preservation. We have many things to calculate our development such as GDP, GNP and other economic stuff. But they calculate based on the parameter called “Gross National Happiness”(GNH). They consider Gross National Happiness is more important than the Gross National Product. A pioneering vision which aims to the happiness and well- being of the people of Bhutan. But its a tough task in the hands of the Government which has the entire GDP less than 2 billion dollars which is almost equal to the economy of an individual in a developed country. But what I appreciate the more is education is completely free in this country, even health care is completely free. So are you wondering how they are managing all these things? Coz they use their resources very carefully. They believe in the improvement of their economic growth of their country but not at the cost of their GNH and their unique culture or their “Pristine Environment”.

Their Culture is Flourishing and 72% of their land is in forest cover since the constitution of Bhutan has written in such a way that at least 60% of the land should be under forest cover for all time.

“What a Constitution. I salute the person who wrote such a great point in the constitution”.

And another best point in their constitution is that all their Kings should retire after 65 years of age.

Coming back to the article, Bhutan is one of the few remaining Biodiversity Hot spots of the world. In a world where there is a threaten for the climatic change, Bhutan remains as a carbon neutral nation among 200 odds countries in this world. They entire country generates 2.2 million tons of carbon dioxide annually but their forests, they sequester more than 3 times of the amount which makes them not only carbon neutral but Carbon Negative. They export renewable electricity from their fast flowing rivers. The clean energy which they exports offsets of about 6 millions tons of carbon dioxide in their neighbourhood. They are planning to even increase the export of the clean energy by 2020 to reduce the carbon dioxide generation around the world.

Insight of Bhutan on Global Warming:

World is getting warmer and climate change is a reality. Climate change is affecting all the countries including Bhutan like melting of glaciers causing floods and sudden landslides causing disasters. They are not responsible and are not contributing for the global warming like us. But still they are bearing the brunt of its consequences. During COP15, at copenhagen, Bhutan raised their voice to remain carbon neutral to fight climate change. But none of the governments had time to listen to a small country. Governments are busy moving the blame on others and cursing each other. But during COP21, at Paris Bhutan reiterated their promise to remain carbon neutral. This time the governments heard the promise of this small country.

Bhutan gives free Electricity to its farmers for farming. But the real idea is they will stop using firewood to cook their food which will result in less deforestation.

There is program called Green Bhutan by which they will plant trees everywhere. And another program called Clean Bhutan which will helping Bhutan to stay clean.

More than half of their country is covered with National Parks and Wild life sanctuaries because they feel these are the lungs for their country.

All these Parks and sanctuaries are connected through their biological corridors so that their animals can roam around their country.

4 thoughts on “Bhutan, The Country to Remain Carbon Neutral!!!”