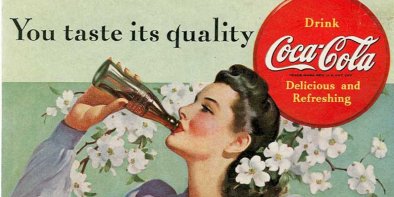 Here I come with an other beautiful story. The story about the king of beverages, Coca Cola. Almost everyone in this world might have tasted Coke at least once in their life time. Even I love drinking a can of coke anytime. Having a pizza meal is always incomplete without a bottle of coke. The Flavour this drink made it unique from other beverages. This beverage is the chemical combination of a secret formula. Only 3 people know this formula and this formula has been stored in one of the safest place in the world. So let’s go through the story of this great and famous drink.

In 1886, Coca-Cola was invented by a pharmacist named John Pemberton, better known as “Doc.” He fought in the Civil War and at the end of the war he decided to invent something that would bring him commercial success.

He is a failure in pharmacy. He invented many drugs, but none of them succeeded and ever made a single penny. He then moved to Atlanta, decided to try his luck in the field of beverages.

In his time, the soda fountain was rising in popularity as a social gathering spot. Temperance was keeping patrons out of bars, so making a soda-fountain drink just made sense.

And this was when Coca-Cola was born.

However, Pemberton had no idea how to advertise. This is where Frank Robinson came in. He registered Coca-Cola’s formula with the patent office, and he designed the logo. He also wrote the slogan, “The Pause That Refreshes“.

Coke did not do so well in its first year. And to make matters worse, Doc Pemberton died in August 1888, meaning he would never see the commercial success he had been seeking.

After Pemberton’s death, a man named Asa Griggs Candler rescued the business. In 1891, he became the sole owner of Coca-Cola.

It was when Candler took over that one of the most innovative marketing techniques was invented. He hired travelling salesmen to pass out coupons for a free Coke. His goal was for people to try the drink, like it, and buy it later on,

In addition to the coupons, Candler also decided to spread the word of Coca-Cola by plastering logos on calendars, posters, notebooks and bookmarks to reach customers on a large stage. It was one step in making Coca-Cola a national brand, rather than just a regional brand.

Now people in more than 200 countries drink 1.9 billion servings every day, according to The Coca-Cola Company.

Having a product people enjoy is far from the only thing needed to become one of the world’s most valuable companies. Coca-Cola used seven key design and marketing strategies, which made it as recognisable in the streets of Shanghai as in its hometown of Atlanta by the 1920s, says Coca-Cola VP of innovation and entrepreneurship David Butler.

It started with a unique, market-tested formula. Coca-Cola started as a less intoxicating version of the coca wines that were popular in the nineteenth century.

After serving as a Confederate colonel in the Civil War, John Pemberton wanted to develop a version of the coca wines (basically cola with alcohol and cocaine) that were in vogue at the time. In 1886, Atlanta passed prohibition laws that forced beverage manufacturers to produce non-alcoholic versions of their drinks.

Pemberton sent his nephew Lewis Newman with samples of his formulas to a local pharmacy where people congregated to drink these early versions of sodas. Newman relayed feedback to his uncle about the various concoctions, and by the end of the year Pemberton had a recipe that was unique and tailored to customers’ tastes. The original recipe is still locked in a vault in Atlanta.

Cocaine was removed from Coke in 1903. Other minor adjustments have been made in the past century or so, but beyond the “New Coke” disaster of 1985, the recipe has largely remained unchanged. This decision helped the company scale, Butler writes, since it did not spend time trying to tailor the taste to regional markets throughout the world.

Pemberton’s bookkeeper, Frank Mason Robinson, decided that Coca-Cola’s logo should be written in the Spencerian script, which accountants used, because it would differentiate it from its competitors. The company standardized the logo in 1923 and, like the recipe, decided that while packaging could adjust to the times, the core logo was to be untouched.

It’s resulted in a logo that has had more than 100 years to become imprinted in the minds of people around the world.

The iconic Coke bottle is inspired by the shape of a cocoa pod.

After the Georgia businessman Asa Griggs Candler became the majority shareholder of Coca-Cola in 1888, he set his sights on making Coke the nation’s most popular cola through marketing and partnerships with regional bottlers.

By 1915, Candler was losing market share to hundreds of competitors. He launched a national contest for a new bottle design that would signal to consumers that Coke was a premium product that couldn’t be confused with some other brown cola in an identical clear glass bottle.

The new bottle had to be able to be mass produced using existing equipment yet also be distinct.

The Root Glass Company in Indiana decided to enter the contest and base its design off the product’s name. While combing through the dictionary for the word “coca” and words like it, Butler writes, mold shop supervisor Earl R. Dean came across an illustration for the cocoa plant that caught his attention. Coca-Cola had nothing to do with cocoa, but the cocoa pod had a strange but appealing shape. He and his team got to work and were declared the contest winners the next year.

Coca-Cola commissioned the bottle design as a piece of defensive marketing, but began promoting the shape as much as the logo and product. Even after plastic replaced glass as the standard means of drinking Coke in countries like the US, the company continued to promote the image of the Coke bottle as an icon.

This 1890s advertisement fit into Coca-Cola’s strategy of being a premium soda distinguished from its competitors.

Ernest Woodruff’s Trust Company of Georgia bought Coca-Cola from Candler in 1919. Woodruff was focused on maintaining a standard of excellence as the company scaled.

The Coke team decided that its drink should be served at 36 degrees Fahrenheit, and would send salesmen to new retailers to tell them the product should never be served above 40 degrees.

The tactic may seem a bit silly today, but the 36-degree standard was just another example of establishing Coca-Cola as a premium product that was worthy of more attention than any of its competitors.

A neon Coca-Cola sign in New York’s Times Square in the 1930s. It’s common today for tech startups to begin by offering a service for free and then charging a higher price to consumers and/or advertisers once they’ve become hooked. Before utilizing networking effects became a standard practice, Coca-Cola used a similar approach to scale across the US and then throughout the world.

It became apparent after Candler took over early in the company’s life that Coke was as much a drink as it was a consumable brand, an idea consumers could feel good about identifying with.

Candler started a mass coupon initiative that resulted in 10% of all products from 1887 to 1920 to be given away in order to build brand awareness. He also provided retailers with Coca-Cola swag like posters and festoons for decorations and calendars and clocks for customers. According to Butler, Coke was a pioneer in affixing a brand to items unrelated to the product.

And finally, all national, and then global, advertising contained variations of “Drink Coca-Cola/Delicious and refreshing” and fit into a standardized design style.

Coca-Cola is bottled in a plant in Clamart, France.Jacky Naegelen/Reuters

In 1899, two Tennessee lawyers, Benjamin F. Thomas and Joseph B. Whitehead, approached Candler and asked if he would let them bottle Coke. The drink was sold as a syrup that retailers would mix with soda water, but it wasn’t typical to drink cola on the go or bring it into the home. Candler decided to hand over the bottling rights for just a dollar, which he never collected, because he was content with maintaining the rights to the syrup.

This marked the beginning of what the company internally calls The Coca-Cola System, a franchise partnership with bottlers that allowed the brand to truly take off. Today, there are about 275 independent bottlers around the world.

7 thoughts on “Coca Cola, The Love of Billions!!!”