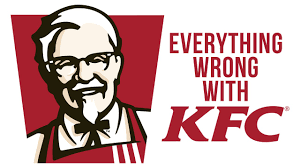 Do you like to have a bite of KFC Chicken ? I would love to have the crispy and juicy KFC chicken all the time. Whether you like KFC or not, the story of Colonel Harland Sanders is truly amazing. A man’s  dedication, perseverance and ambition along with hard work can create success; regardless of your age.

Harland Sanders was born in 1890 and grew up on a farm in Indiana. When he was 6 years old, Sanders father died, leaving him to take care of his younger brother and sister while his mom spent long days working. One of these responsibilities was feeding his siblings, and by age 7 he was already a decent cook

His mom remarried when he was 12. Because his new stepfather didn’t like the boys around, Sanders’ brother was sent to live with an aunt while he was sent to work on a farm about 80 miles away.

Sanders soon realised he would rather work all day than go to school, so he dropped out in the seventh grade.

In addition to a stint in Cuba with the Army, Sanders spent the first half of his life working a series of odd jobs, including stoking the steam engines of trains throughout the South, selling insurance, selling tires, making lighting systems, and operating a ferry boat.

He acquired a service station in Corbin, Kentucky in 1930 and began serving classic Southern dishes to travellers. The location became known for its food, and Sanders eventually got rid of the service station’s gas pump and converted the location to a full-fledged restaurant.

His breakthrough came in 1939 when he found that frying his chicken and its signature “11 herbs and spices” in a new device, a pressure cooker (different from the ones used today), resulted in the ideal consistency he had been looking for.

Sanders’ restaurant enjoyed great popularity over the next decade, and in 1950 the governor of Kentucky named him colonel, the highest title of honour the state can give. Sanders began dressing the part, adopting the white suit and Kentucky colonel tie that would help make him a pop-culture icon.

In 1952, he made a deal with his restaurateur friend, Pete Harman, to sell his chicken dish as “Kentucky Fried Chicken” in exchange for a 4-cent royalty on every piece sold. After it became a top-selling item, Sanders made the same deal with several other local restaurants.

Things were going great, but when a new interstate bypassed Sanders’ restaurant, it spelled doom.

He sold the location at a loss in 1956, leaving his $105 monthly Social Security check as his only income. And that was just the beginning of his international fame and financial success story.

Col. Sanders was a fellow who really loved to share his fried chicken recipe. He had a lot of positive influence from those who tasted the chicken. Now, the Colonel was retired and up in age and while most people believed in the sanctimony of retirement, the Colonel opted to sell the world on his cool new chicken recipe. With little in terms of means at his disposal, Colonel Sanders travelled door to door to houses and restaurants all over his local area. He wanted to partner with someone to help promote his chicken recipe. Needless to say, he was met with little enthusiasm.

He started travelling by car to different restaurants and cooked his fried chicken on the spot for restaurant owners. If the owner liked the chicken, they would enter into a handshake agreement to sell the Colonel’s chicken. Legend has it that Colonel Sanders heard 1009 “no”s before he heard his first “yes”.

Yes, you read it correct.

He was turned down one-thousand and nine times before his chicken was accepted once!

Colonel in front of his first KFC store. The deal was that for each piece of chicken the restaurant sold, Sanders would receive a nickel. The restaurant would receive packets of Colonel’s secret herbs and spices in order to avoid them knowing the recipe. By 1964, Colonel Sanders had 600 franchises selling his trademark chicken. At this time, he sold his company for $2 million dollars but remained as a spokesperson. In 1976, the Colonel was ranked as the world’s second most recognisable celebrity.

It’s amazing how the man started at the age of 65, when most retire, and built a global empire out of fried chicken.

It seems Sanders pursuit was never really about becoming rich, but rather about becoming renowned for his food. That’s why he constantly grumbled and swore about the more profitable but lower quality gravy that the corporate KFC began producing.

“If you were a franchisee turning out perfect gravy but making very little money for the company and I was a franchisee making lots of money for the company but serving gravy that was merely excellent, the Colonel would think that you were great and I was a bum,” a KFC executive told the New Yorker. “With the Colonel, it isn’t money that counts, it’s artistic talent.”

3 thoughts on “KFC, The Story You would Love to Read”